A downloadable game for Windows, Linux, and Android

What is Laser Asteroids?

Laser Asteroids is a classic 2D space shooter based on the original idea of Asteroids game from 1979. It comes in nice colorful style and with new features and awesome music.

What are those features?

Basic enemies are two types of meteors and Kamikaze UFO.

When a meteor is destroyed, it randomly spawns not only its fragments, but also a various kinds of items that player can shoot as well to get more score points and some perks:

*) When a shield touches another shield both are immediately destroyed.

Laser Asteroids allows you to set the speed of rotation (= sensitivity of accelerometer on Android version), music, sfx and ship's computer voice volume interdependently and pick one of the four difficulty levels.

Each difficulty level has it's own high score holder.

Nik who's been making juicy music for the game recently released all three tracks at SoundCloud. Do you like it? I do.

What's the difference between PC version and Android version?

While PC is played with keyboard (left and right arrows + space key) in Android version an accelerometer* is used to rotate ship and you can shoot by a single tap anywhere on your display, which is more fun and gives you ability to shoot faster using two fingers.

All those cool sprites are made by Kenney.nl

Awesome music has been composed especially for this game by Nik 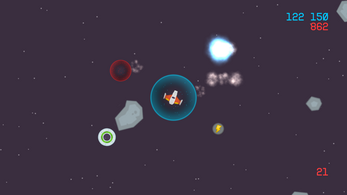 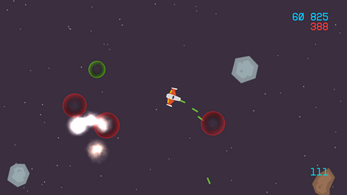 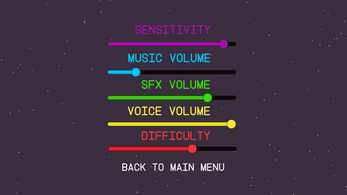 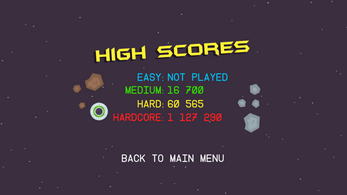